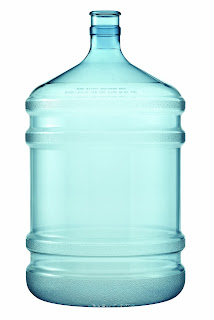 BPA is bad news. I knew it before, but thought it was pretty much unavoidable. With the flurry of media attention lately (a recent New York Times article was the final blow for me), I've decided to to rid my life of this carcinogen once and for all.
Bisphenol-A is in plastic bottles, we knew that, but did you know it's in cans? As in canned food? So we've been eating it and drinking it. We don't do a lot of canned stuff at our house, but there are three staples: tomatoes, coconut milk, and beans. Beans I can do dry, so it's no problem but in case you're wondering, Eden doesn't put BPA in their canned beans, and neither does Trader Joe's. Coconut milk is a little trickier, but you're good with all Trader Joe's cans (they currently only do Lite coconut milk unfortunately), and Native Forest coconut milk is BPA free. It's ridiculous that we have to police our food but it's clear most manufactures and corporations aren't going to do it for us.
I'm currently researching the best water filters to replace my bottled spring water. When I called Crystal Springs to ask about the BPA they first told me it was NOT in the water bottles, something they told me when I first started buying the water. When I asked for a written statement, they put me on hold and about 15 minutes later a supervisor got on the phone and told me BPA is indeed in the bottles! Then she said it was a big media scare tactic and was perfectly safe. She totally disregarded my concerns and I asked her to close my account immediately. I'm freaked out that all this time I've been----and worse my sweet little son has been---ingesting BPA and paying for it! I'll let you know what solution I come up with for clean water as soon as I find it.
Tweet
Posted by Eco Mama