Microchipped Bees: Hopes of getting to the root of Colony Collapse Disorder. 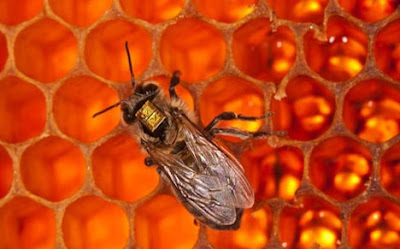 I have a huge affection for bees and have been following Colony Collapse Disorder closely.  My feeling has always been that it stems from pesticide use and that the bees are the canaries in the coal mines.  There have been many different suspects such as mites, viruses and cellphones but no one has been able to commit definitively to a cause.  French researchers have found a way to attach tiny little microchips to bees in hopes to get to the bottom of this disaster.  Yaay France!

Organic hives have been somewhat immune from CCD, which is why, though the rest of my diet is vegan, I like to support organic honey.  We need bees.  Big time.  The French suspect a common pesticide called Fipronil.  Let's hope they get it figured out so we can protect our bee friends and ourselves.  Read more on Treehugger.