October is now National Non GMO month and today is Non GMO day. With the alarming spread of genetically modified foods and seeds, concerned retailers got together to create awareness of this crucial issue.

GMOs are created in a laboratory by combining genes from different plants, animals, viruses, bacteria and who knows what.   They are designed to tolerate heavy application of herbicides and pesticides or create their own. Have you heard of Roundup?  This is Monsanto's star pesticide, and the gmo plants withstand heavy doses of this very dangerous pesticide.  Roundup is known to  cause cell disruption even in very low amounts leading to a host of serious health risks.  You can find detailed studies with a quick google search and the chilling fact is that the dangers of Roundup have been known for years.

Monsanto is also responsible for engineering Terminator Seeds.  Seeds that produce plants with no viable seeds!  So you have to go back to them to get more seeds, the plants can't reproduce.  Destroying our food supply is not smart.  Animals won't eat these plants. Other countries don't allow GMOs.  It seems all common sense and reason goes out the window in the US where money is concerned.

For me, this is beyond bizarre.  That we are even having this discussion--it's madness.  The GMO issue reminds me of cartoons or comics I saw as a kid.  There was the mad scientist who had come up with a crazy way to control the masses or a major resource to Rule The World.  Luckily, Spiderman or some other benevolent force would foil the plan and save the day.  Well, the mad scientist is real and it's Monsanto, and there's no Spiderman to save the day.   The whole thing is surreal. 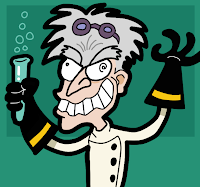 Approximately 80% of processed foods in American grocery stores contain GMOs.  And you don't even know it because they are not required to label their food.  This is yet another reason to buy ORGANIC FOODS ONLY.

Labeling GMO foods was in the works, but Mosanto, armed with millions in lobbying funds is not in favor of this.  Of course not, at least a few people would be turned off by frankenfood if they knew what they were eating.  The FDA recently stated that GMO foods do not need to be labeled with disclosure.

The Non-GMOP roject has come up with a new labeling system stating that the product is GMO free, with the "Non-GMO Project Verified" seal.  From what I understand, the FDA also opposed the notion of declaring foods GMO free, so I'm not sure how this will pan out.  Whole Foods Market is in the process of having their 365 brand certified by the Non-GMO Project, so maybe they have found a way around the FDA who clearly is not serving the interest of the people.

So far, only 300 retailers and co-ops are participating in the Non-GMO Project.  This seems like a low number to me, but I suspect by next year that number will be much bigger.  Corinne Shindelar, Independent Natural Food Retailers Assoc. CEO says, "We have a responsibility to consumers to ensure the integrity of our food system, and among shoppers who value safe, healthy food, there is a strong desire to avoid GMOs.  Non-GMO month is a fantastic opportunity to give people the information and non-GMO choices they are looking for."

Fingers crossed, we seem to have avoided GMOs over here ...

No GMOs in our household! Something we do look out for and strive to buy only organic (not just the "dirty dozen"). Thanks for spreading the word!

Thanks for the comments guys!
xo
Eco Mama